skip to main | skip to sidebar

The Southern Cross-island Highway (Number 20) is very unwell - will it be fatal? 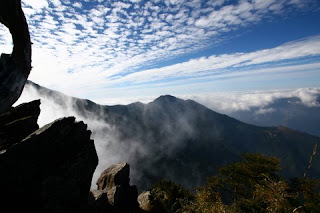 Difficult to give an answer to the question 'Is the Southern Cross open?'. The eastern section in Taidong County is largely fine, with only a couple of problem spots. The western section in Kaohsiung County is in a more serious condition and should be considered closed. It is still too early to say what will happen here in the long term - it may still be 'early days' in a couple years time.

The section from Jiasian (Jiaxian) to Meishan is not as scenic as before. The dust, landslide scars, and general feeling of destruction has left it looking a bit depressed. From Meishan upwards the scenery, as ever, is stunning. 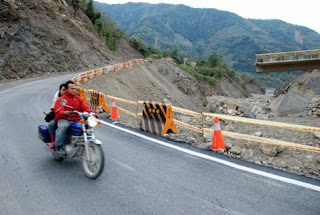 The town of Jiasien (Taro Central) is dusty due to the frantic bridge reconstruction going on. Until Taoyuan village the current road (all asphalt surfaced) follows the original no 20 route. In numerous places areas where streams became raging torrents, the road and bridges have been thoroughly washed away - all well patched up now - until the summer rains...

The hot-spring town of Baolai is a mess and not very appealing. Some businesses (of course 7-11 !) are operating, some not. The bridges at either end have survived. 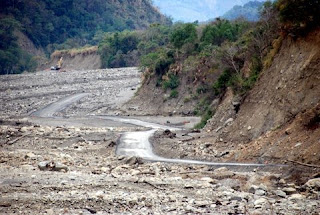 After Taoyuan the road travels along the riverbed rejoining the original highway at Fushing Village. This rough, bone-jarring section is unsurfaced (rumors it will get asphalt soon) and may be unsuitable for those not used to driving on such surfaces. Is inconceivable that this will survive the rainy summer. 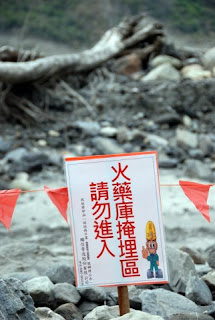 A section of river bed cordoned of. Explosives to be used in the much discussed water diversification tunnel went missing around here. 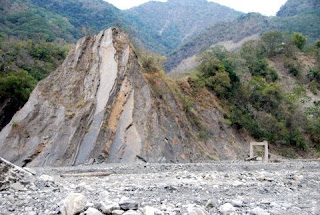 Meishan residents are eager to prove their home village is still viable, many are moving back at Chinese New Year. The CYC Hostel is open, the Bunun and Yushan National Park visitor centers are reopening this month. Expect the checkpoint after Meishan to be stopping all traffic during Chinese New Year. They should be! Update - this section is officially closed for CNY, see http://www.ysnp.gov.tw/upload/documents/20100202_144916.58520.pdf 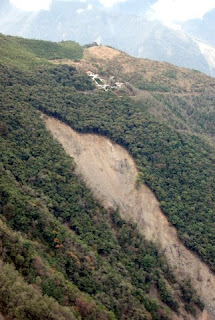 From Meishan to Yakao the road follows the original route and for 99% of it is great driving. The problems of course lies in the other 1%. In numerous places the road is barely passable (high wheel base needed, 4WD recommended); dangerous (people have died in the last couple weeks as cars went over the edge), and very vulnerable to further damage. A lot of work is going into repairing the road - but only to keep it open, not final repairs. When discussing the future of this section, staggering budgets are mentioned and a timescale of many years. This would still leave many places very prone to damage. The idea of abandoning it as a highway, and converting it to a hiking trail is being quietly discussed. As I have mentioned, it is still very early days, but considering (1) no one lives beyond Meishan, (2) the cost of repairing other roads elsewhere, (3) and the scale of the damage, I suspect this could be the final outcome. 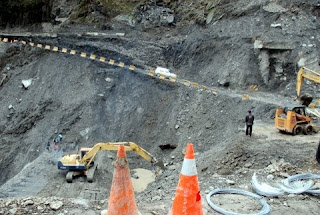 The Jungjrguan trail is broken in the middle by a landslide - do not expect it to be passable soon. The trailhead for Guanshan (139.5km) is indiscernible. 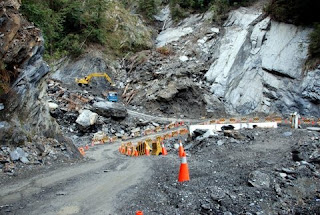 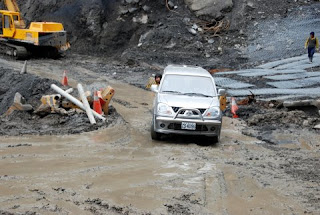 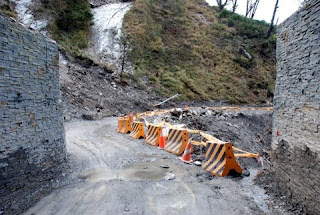 The tunnel is fine, but both sides at Yakao have been thrashed - no way to get onto the old Yakao trail (doubt much of it still exists now), most of the carpark on the east side has disappeared (the trucks selling sausages and coffee were buried/washed away). No Pagoda and sign of the trail to Guanshan Ling (apparently someone has made it up there, by skirting around the tunnel landslide). Do not try to climb any of the peaks on the Southern Cross, you risk the lives of others as well as yourself. 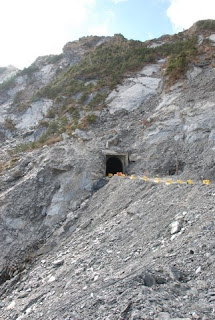 Experts conclude Yakao hostel has only another 10 years of life (with 'normal' weather/earthquakes) before the hillside it sits on erodes away. The helipad/car park has ominous cracks in it. It will be semi-closed for the next year with only a skeleton staff on duty.

More serious damage from Yakao to Siangyang (Xiangyang). The forest area is still closed may open in "3 months or 3 years". Some of the easy forest trails have been badly damaged, but reports say the hiking trail to the high mountains and Jiaming Lake is now passable (physically, not legally - no permits being issued). Visitor center will be closed until repairs done to hillside right behind it.

After Siangyang the one section with problems should be repaired within a month. After that the road is in very good shape except for the temporary bridge near Lidao Tunnel (pictured in a previous post), and work going on to replace the crash barriers.

Checkpoint at Wulu (just above the Big Chief Hotel) stopping most vehicles.
Posted by Barking Deer at 10:52 PM